Hi, my name is Bettina,

I am a journalist, author, speaker and freedom loving adventurer.

Originally from Vienna, Austria, I left Europe to conquer America in 1996 and never looked back.

As at ease in a pair of hiking boots as in a pair of high heels, I used to live the life of a busy New York journalist while making time to shear sheep on a remote Australian farm or trek across the southwestern U.S. visiting sacred sites with an Apache Warrior Woman.

My career started as the speech writer for a member of the Austrian parliament, before I became a journalist and foreign correspondent. I've written for multiple leading European magazines and U.S. media primarily covering Wall Street, politics and notable celebrities. 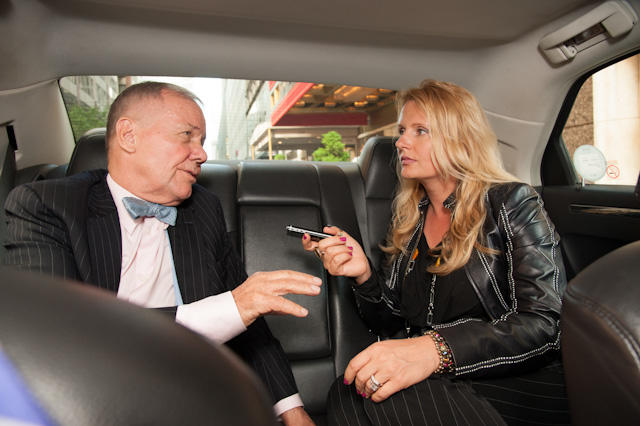 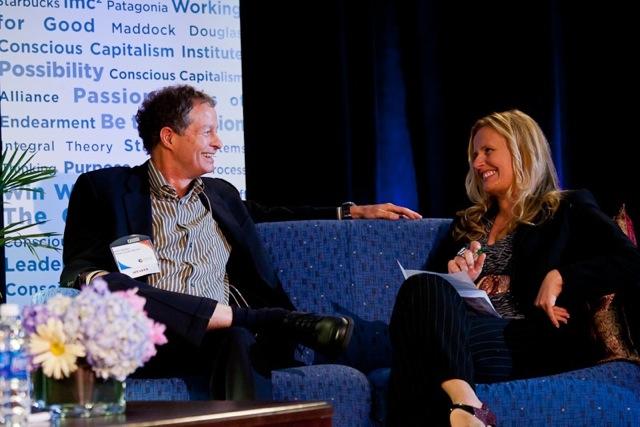 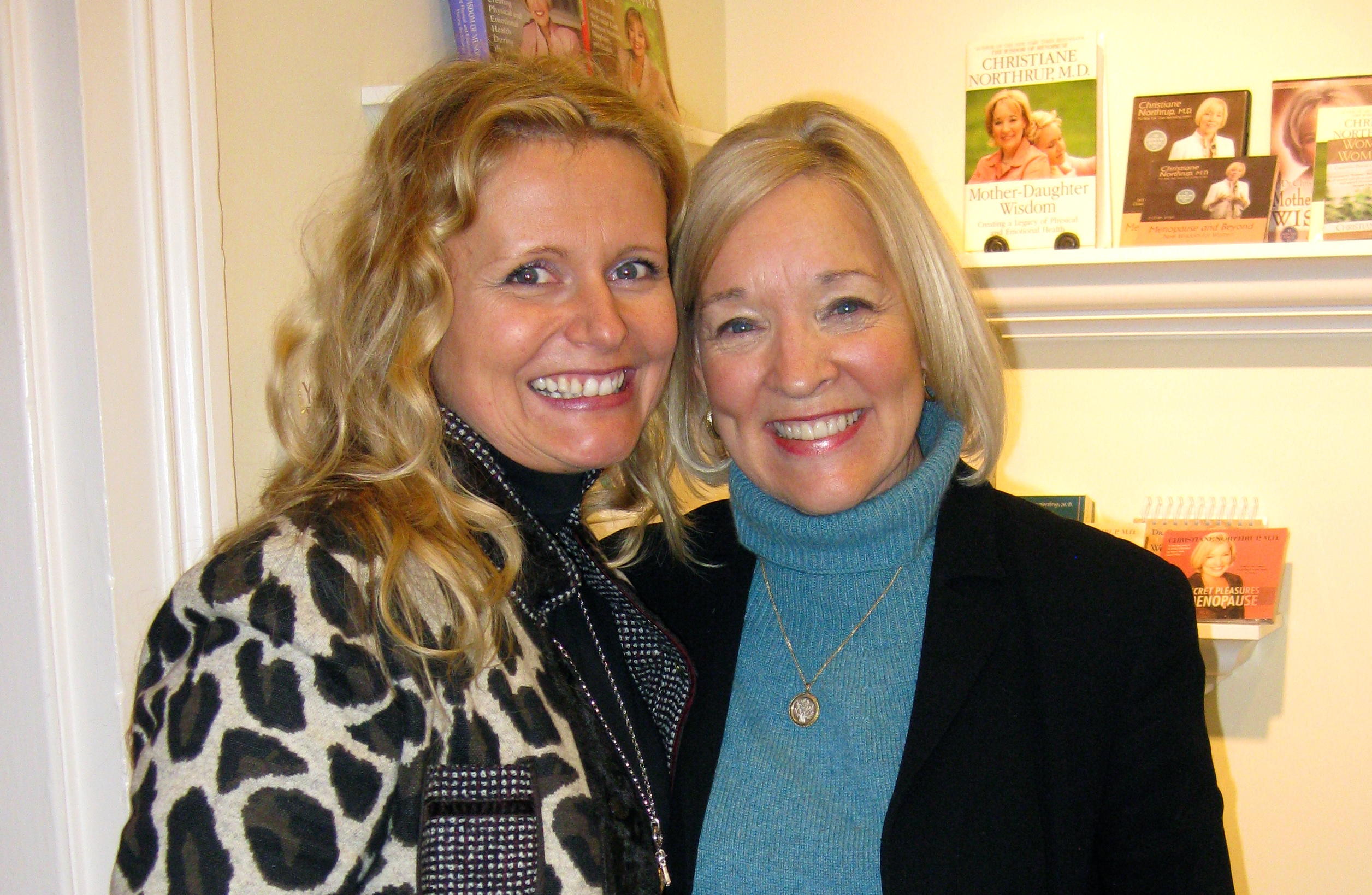 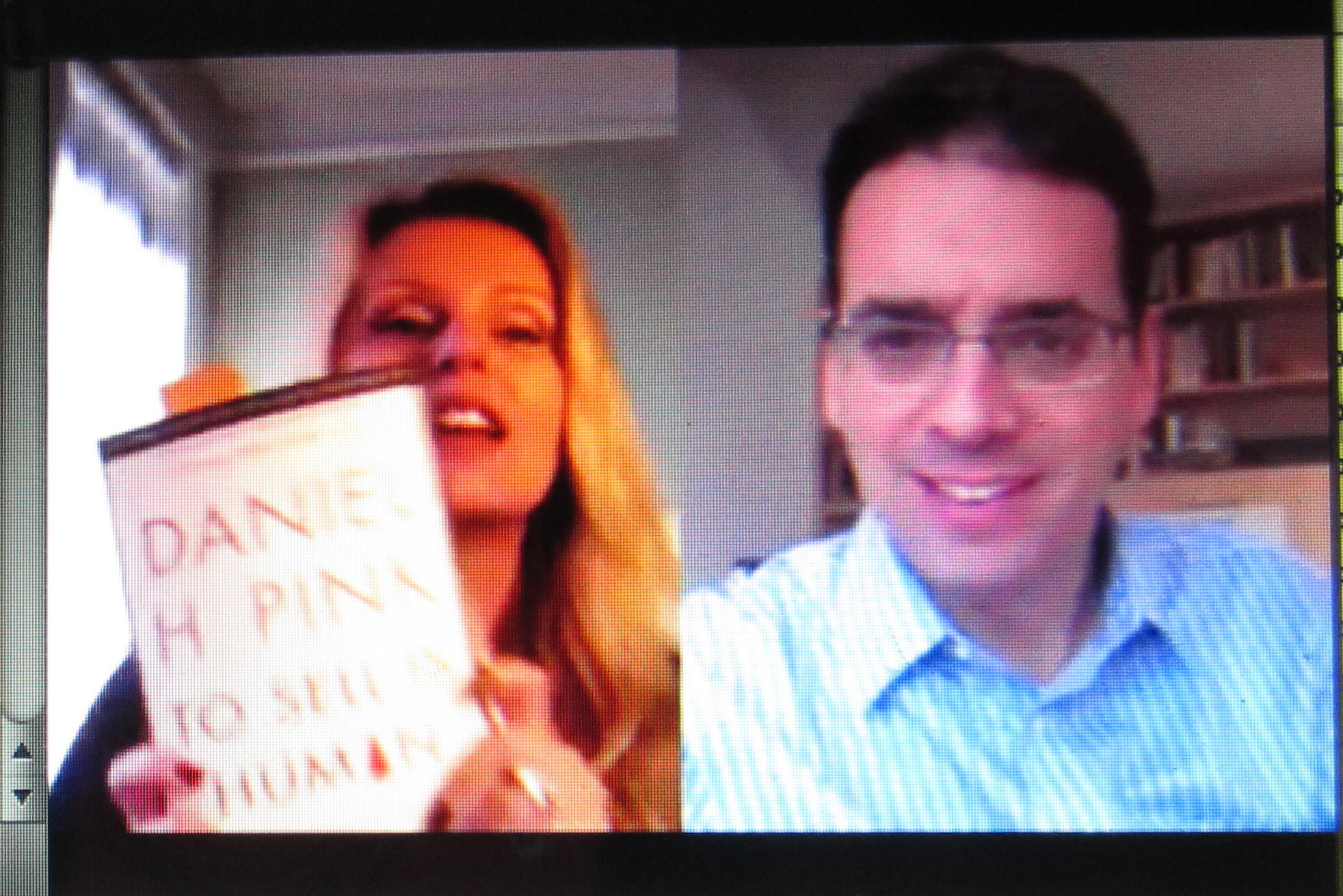 Throughout my career I had the good fortune to talk to and learn from impressive individuals like Adventure Capitalist Jim Rogers, whose multiple journeys around the world landed him in the Guiness Book of World Records. John Mackey was a college drop-out when he started Whole Foods and went organic decades before it became fashionable.

Dr. Christiane Northrup wrote what I call the bible for women's health, "Women's Bodies Women's Wisdom", against all push back from her medical community and even her own editor. NY Times bestselling author Daniel Pink surprised the world with "A Whole New Mind." 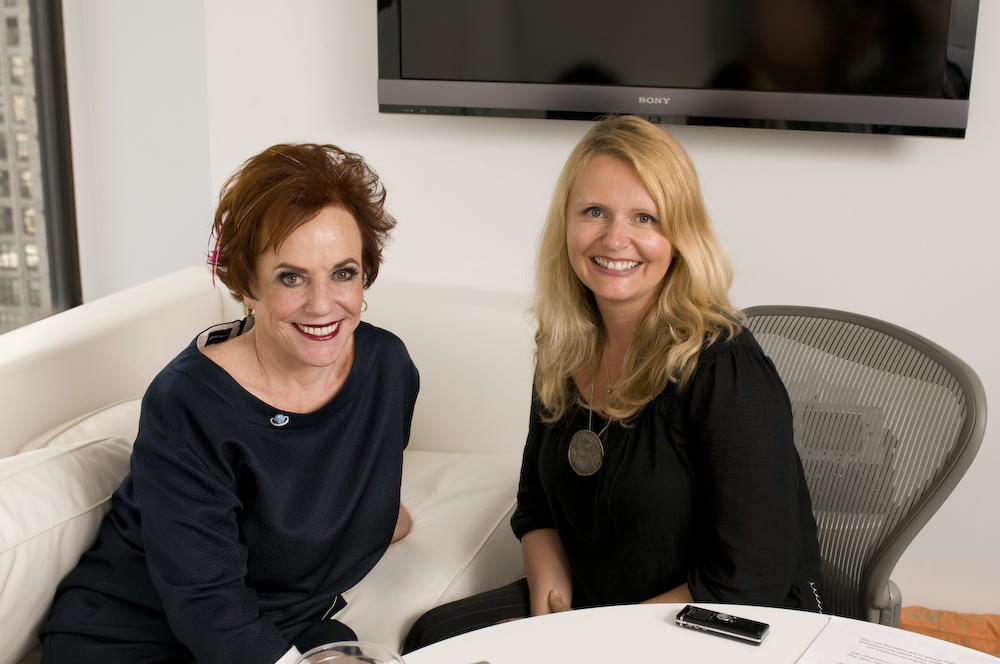 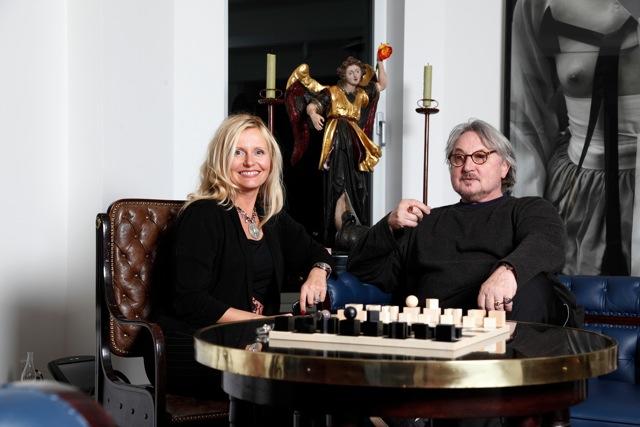 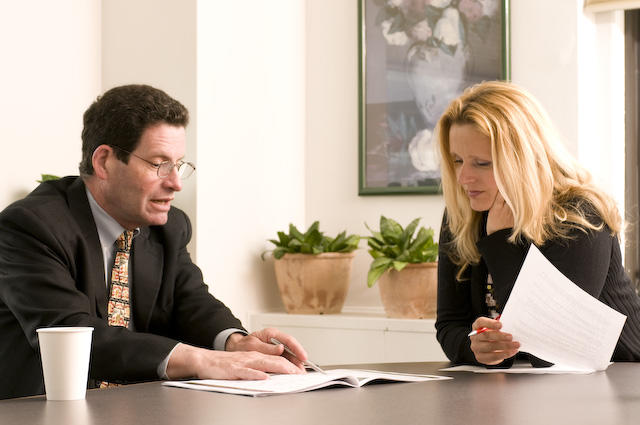 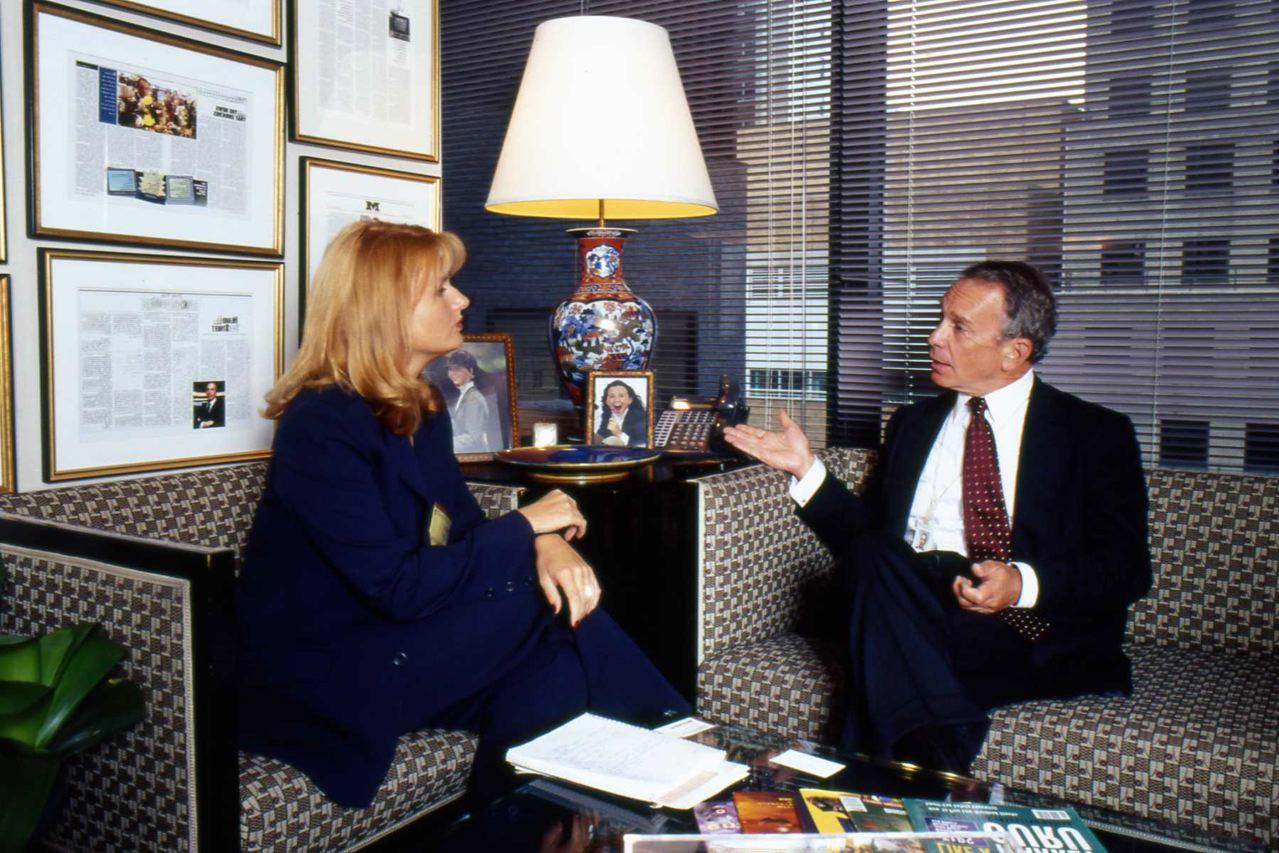 Futurist Faith Popcorn coined terms like "Cocooning" or "Cashing Out" before they became household names. My fellow Austrian, the late Horst Rechelbacher, revolutionized the cosmetic industry when he founded AVEDA and became the BIO-neer of holistic beauty.

Ken Fisher has a passion for Redwood trees and showed up to our interview with a briefcase held together by ductape, which I found charming given the fact that this man is a self-made billionaire. Michael Bloomberg was fired from Salomon Brothers before building his Bloomberg News empire from scratch and becoming one of New York City's most popular mayor in history.

Here's one of the most valuable lessons I've learned in decades of journalism:

Breakthroughs occur when we look at a situation differently than most other people do. A shifted perspective, ever so slightly, is key to success.

This holds true for all our creations, may it be business, families or babies. 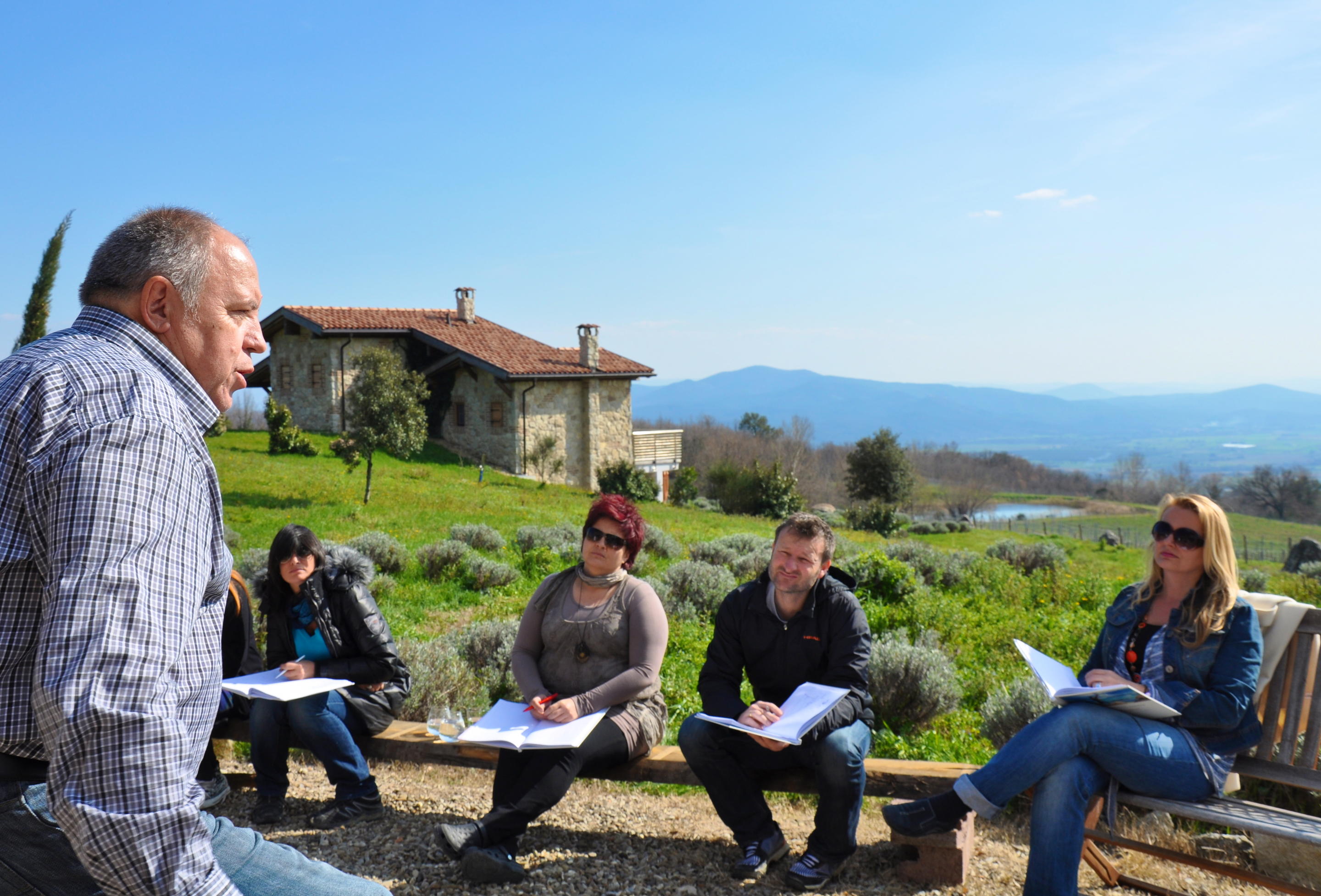 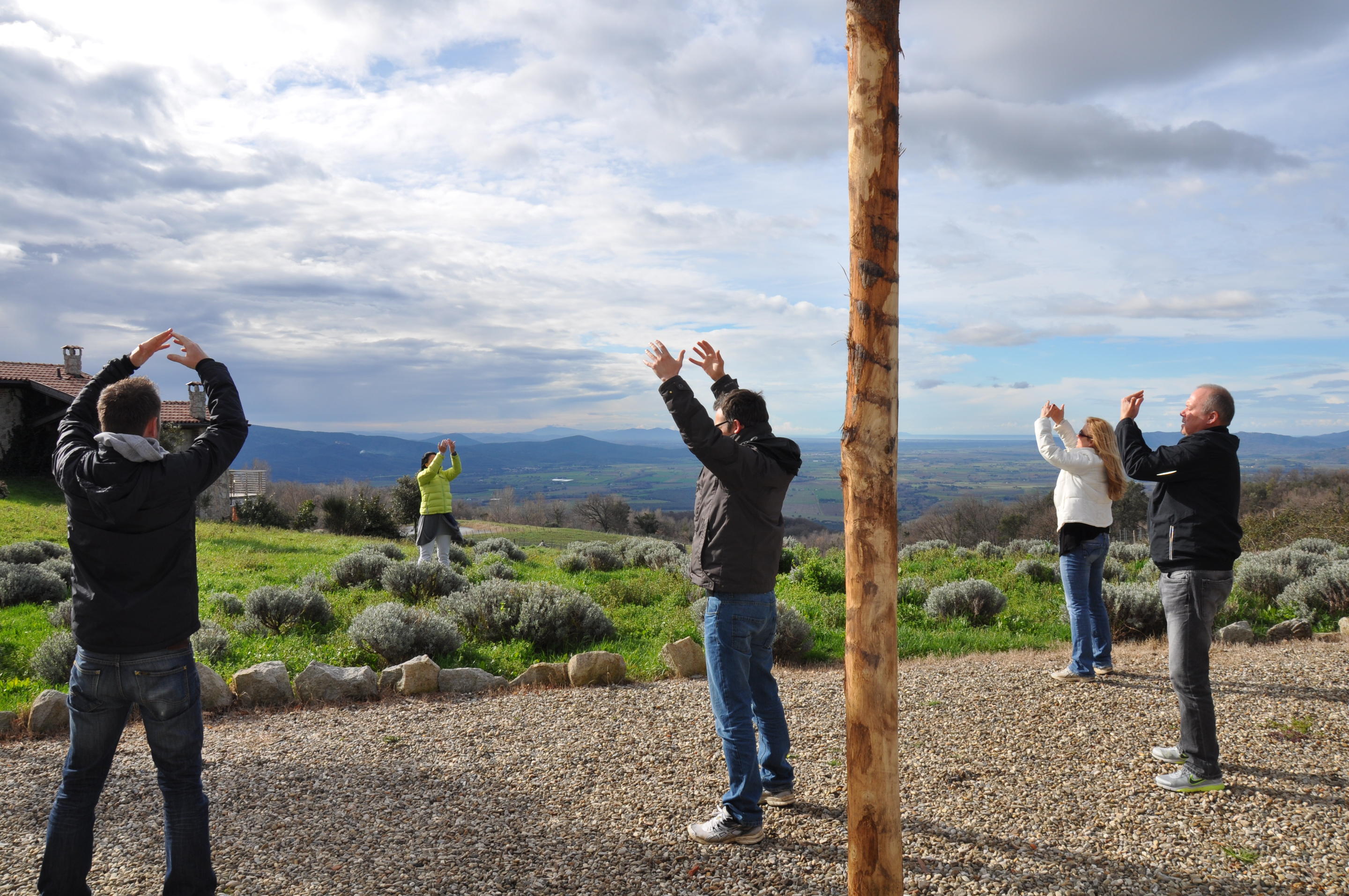 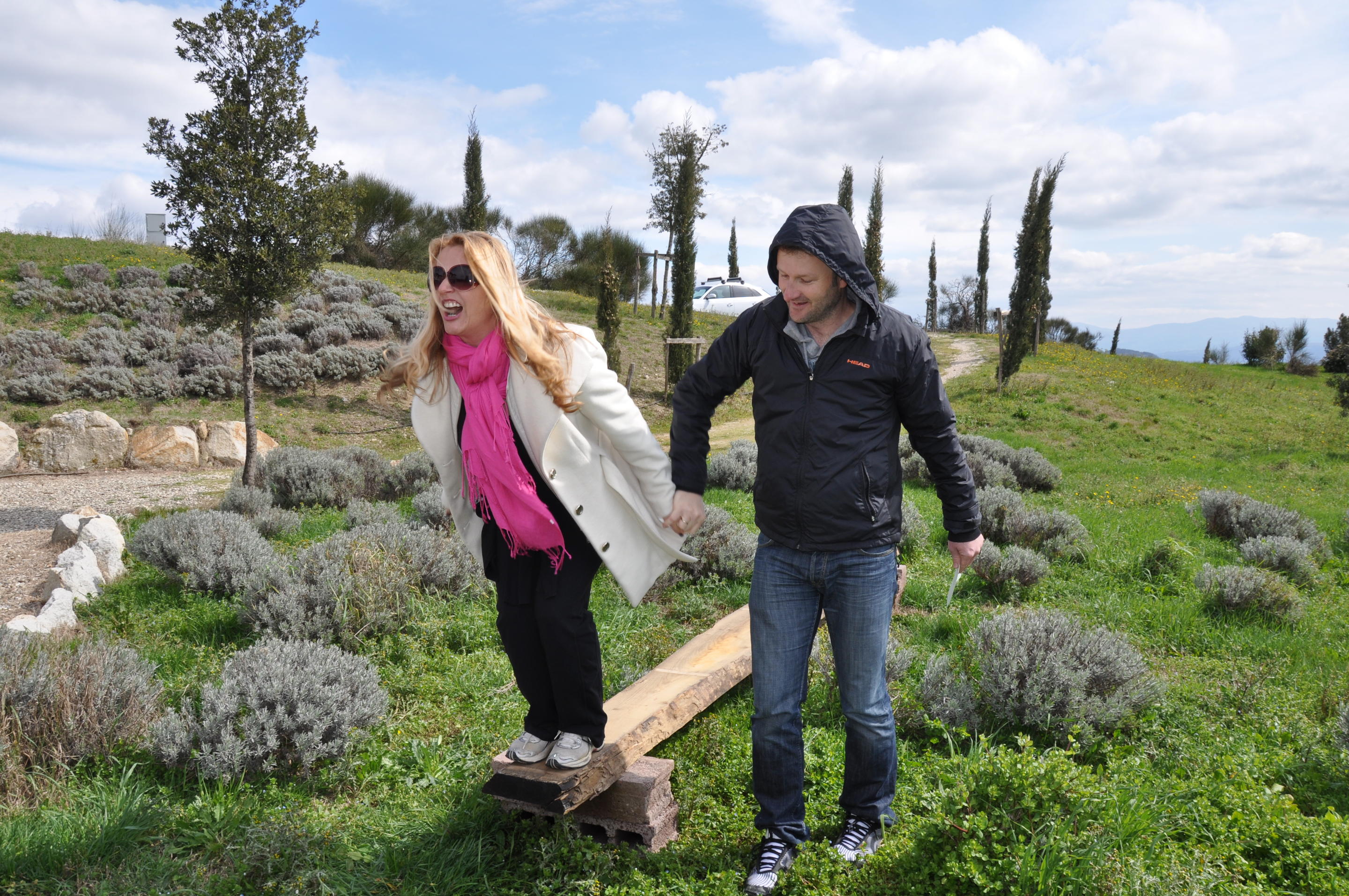 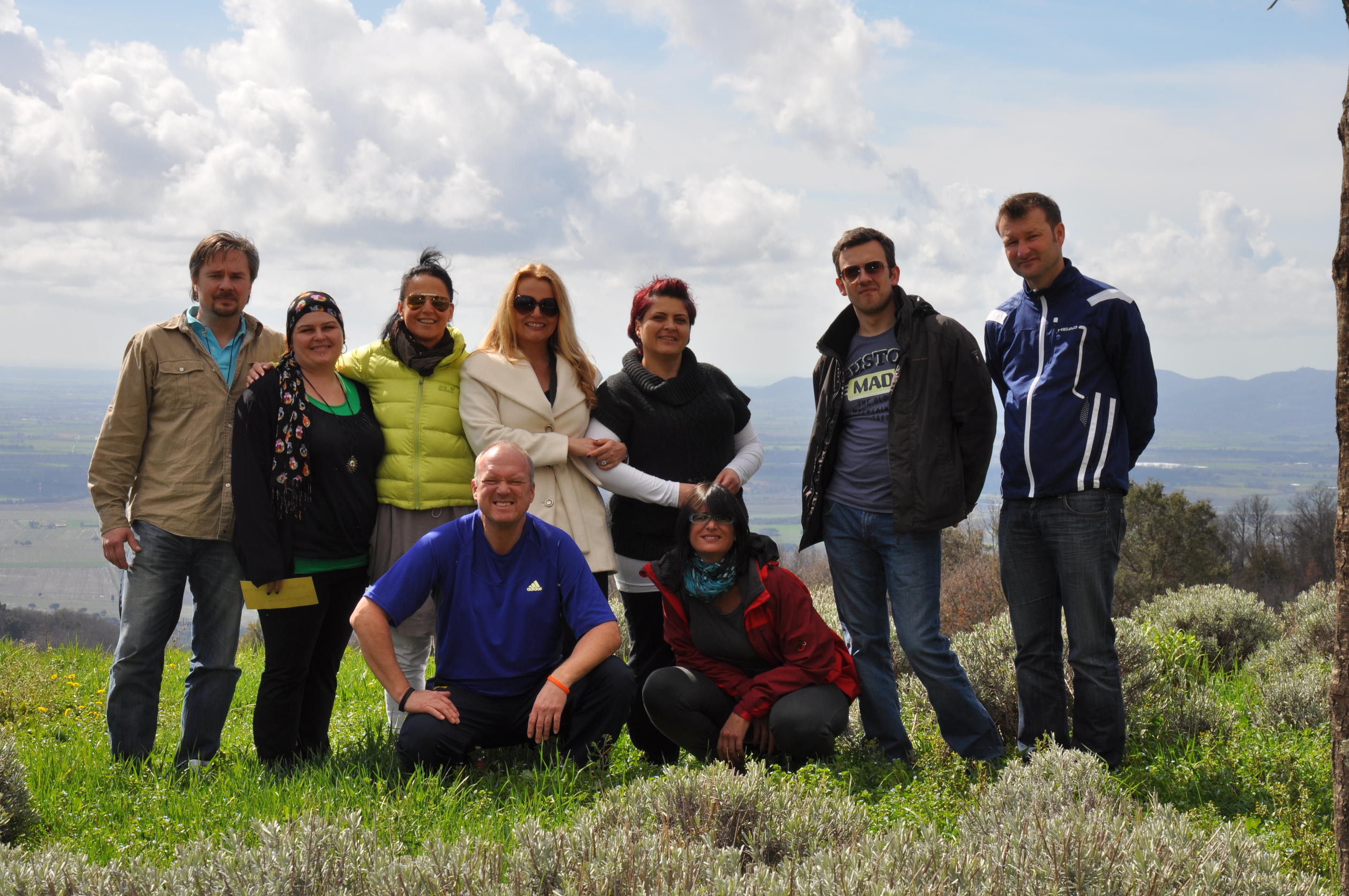 These are a few photos from the time I received my certification as a Mental Strength Trainer by the Mentalakademie Europe. We trained in Tuscany, Italy, as well as South Tyrol. The last week of my training I found out I am pregnant. I credit this education and its focus on what's possible to be pivotal for my mindset to conceive.

A big part of my Mentorship with women on their paths to - and through - mature motherhood is based on the training I received, the experience I gathered personally as well as through the extensive research for my book and my love for nature and places that enhance our well being! 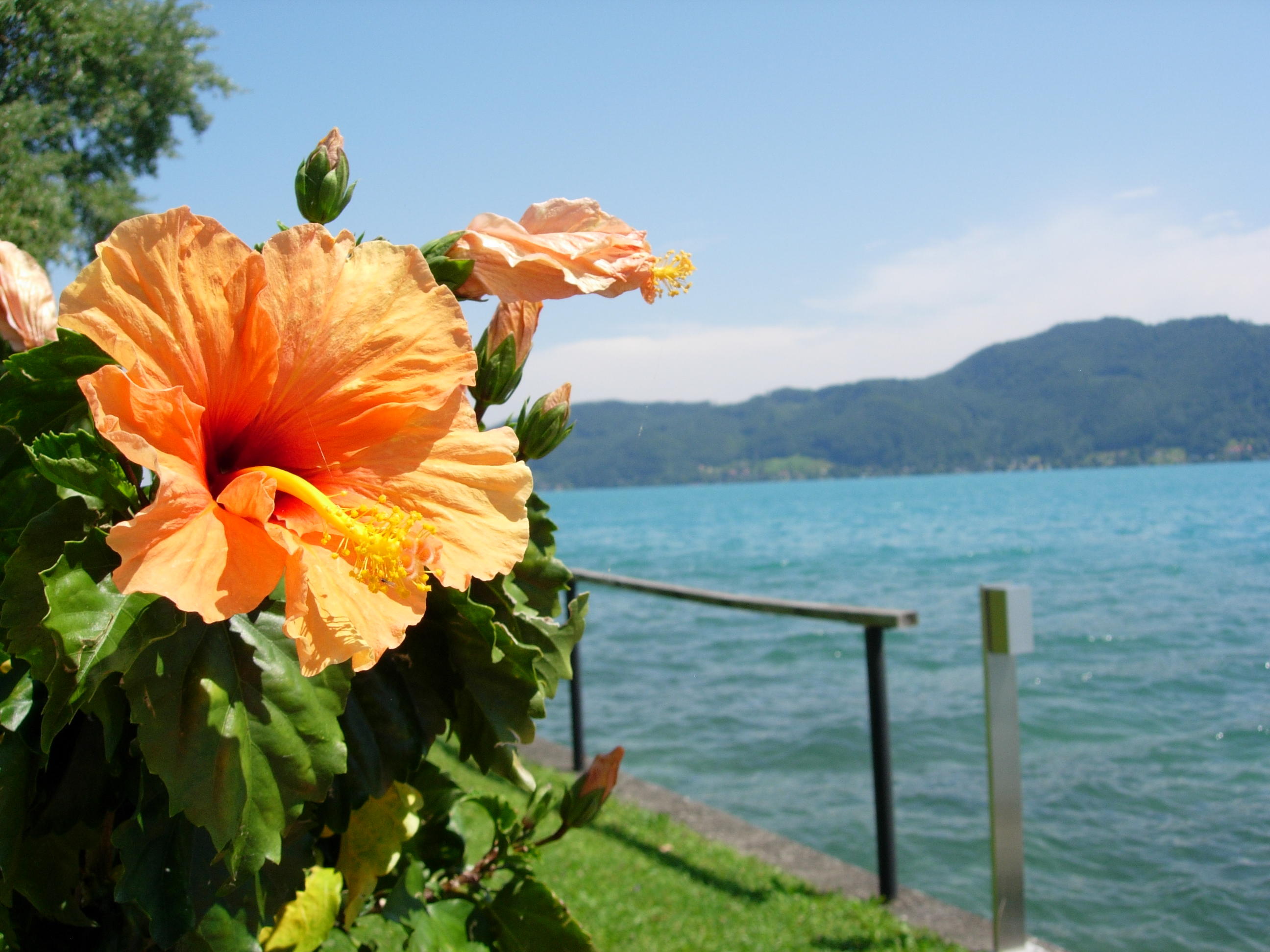 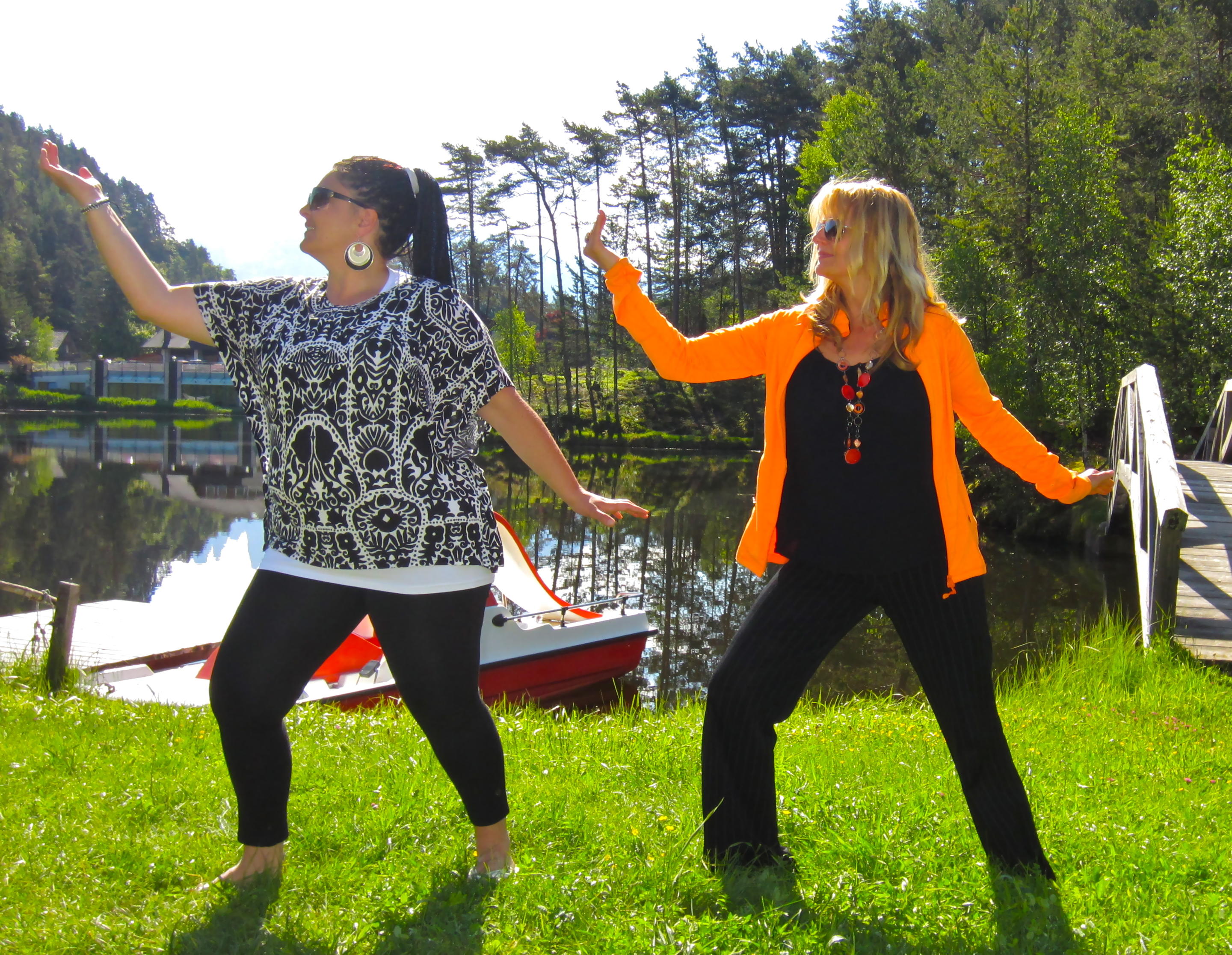 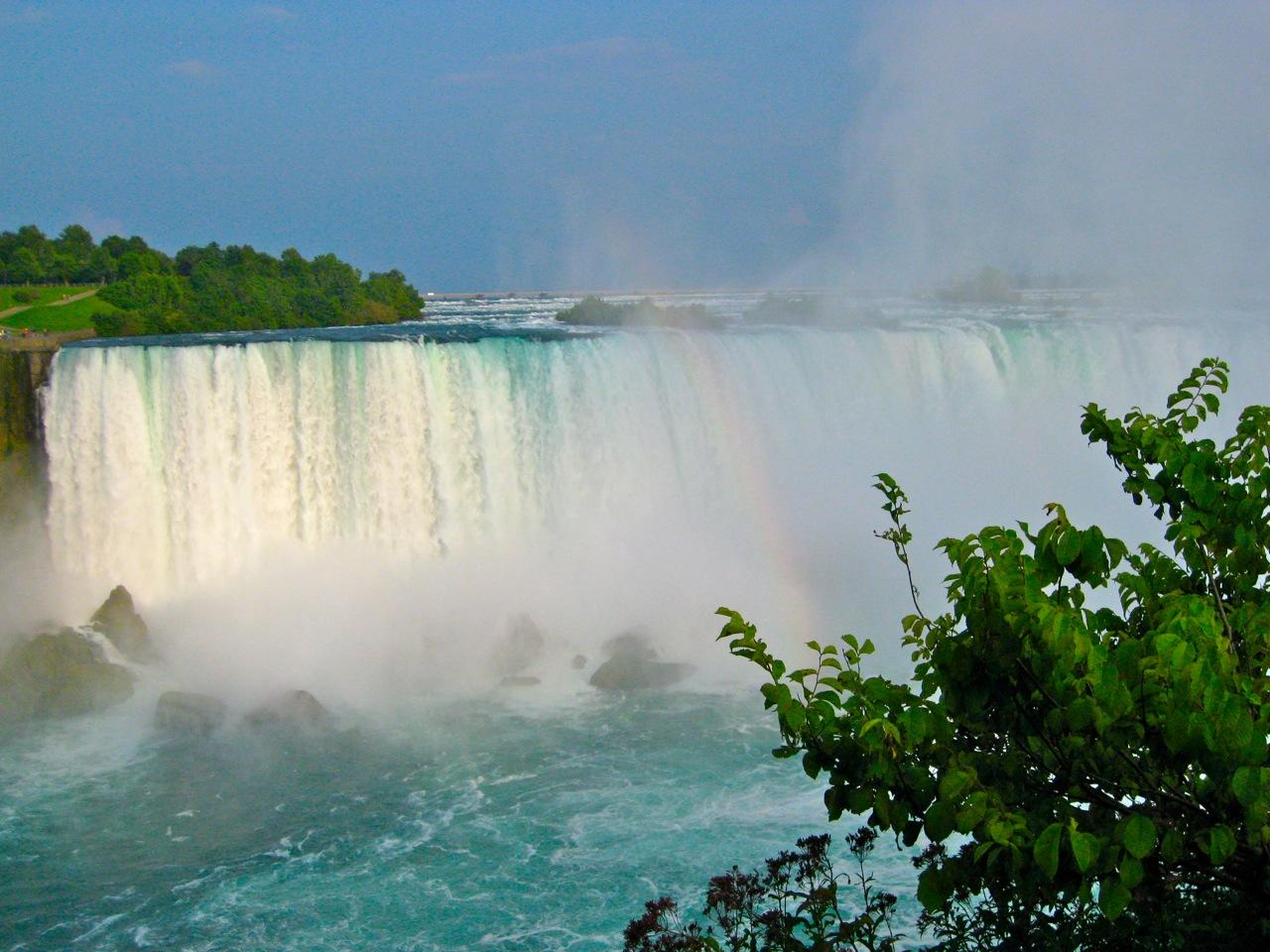 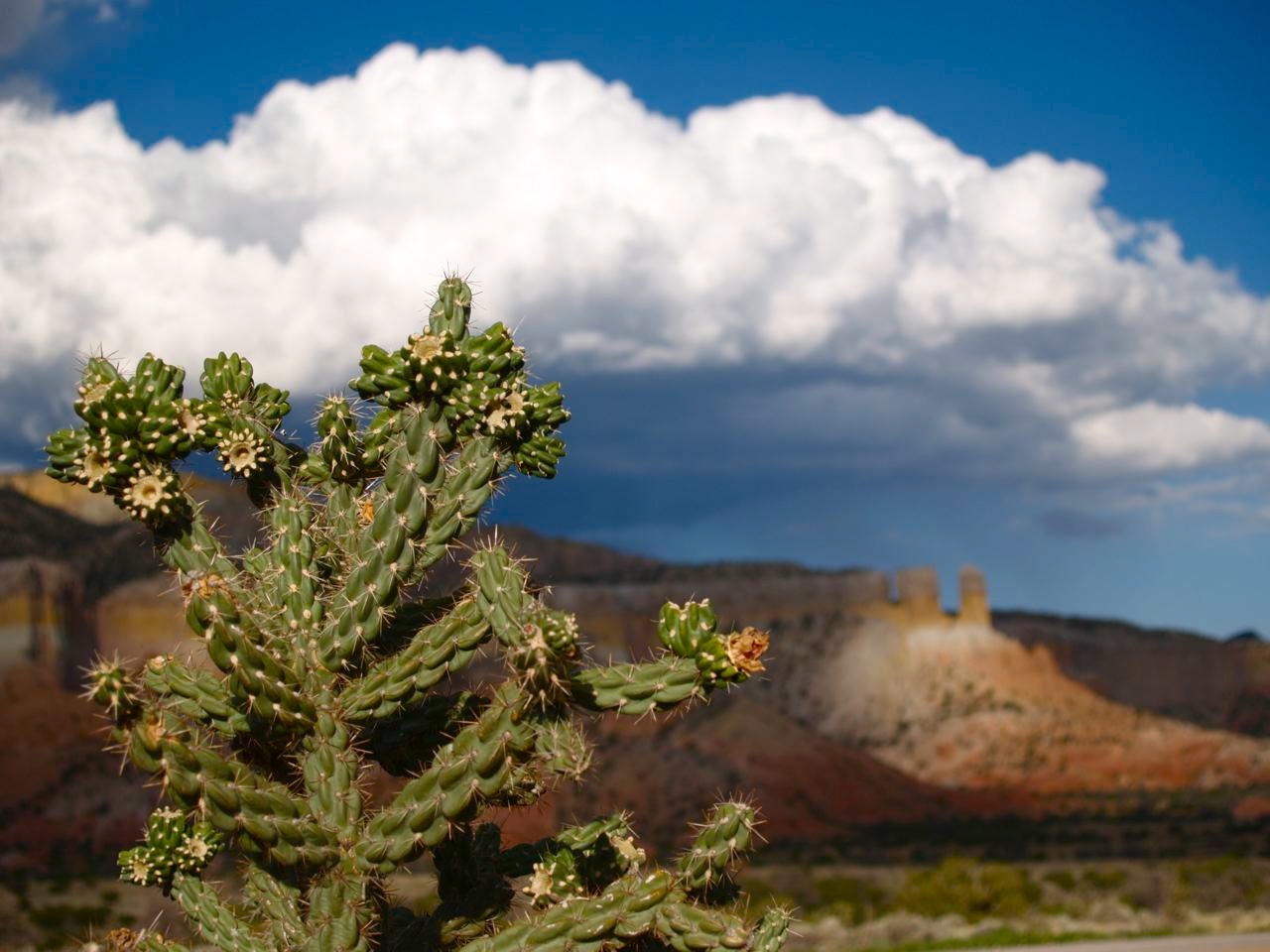 If, for whatever funny reason you still don't have enough of me, here's the full monty of my bio:

At the beginning of my career I was the speechwriter to a famous Austrian Industrialist – Georg von Mautner Markhof – who was also a member of the Austrian parliament. He was an older wise gentleman, with bushy eye-brows and an impressive collection of pipes. He was constantly cloaked in a cloud of sweet and soft tobacco and I usually smelled him before I saw him turning a corner. Once Georg asked me to research what seemed an impossible amount of information given my deadline of less than 30 minutes. “This is impossible!” I blurted out. He looked at me as only a sage could look at the rooky. He warmly, but sternly answered: “Impossible is a word you need to scratch from your vocabulary, Bettina.”

I am forever grateful for this lesson. That mindset gave me resolute outlook on life:

Journalism became my door to the world. It suited my genuine interest in people and their challenges and victories. I quickly was hired by the biggest media publications in Austria. This allowed me access to people I would otherwise not have met, let alone sit down with to interview. I became fascinated with human nature and studied hundreds of individuals I came in close contact with.

In 1996 I left my home town Vienna (and a bad relationship) to move to New York City to pursue my career as a foreign correspondent and columnist with a focus on finance and business (see the pictures above).

When I arrived in the Big Apple I had no friends; no contacts; no office. I accosted people in the elevator of my apartment building to get at least some social interaction going. My neighbors, Joe and Marilyn, eventually became my surrogate parents. Joe walked me down the aisle at my wedding. He was a dignified stand-in for my beloved father, who had passed five years earlier with me at his side.

For a little while, I was head of communication for a Managed Futures fund in New York City. Money, status, long hours – the works. I tremendously enjoyed the steady and hefty paycheck. In the end, my longing for an independent lifestyle that fits my personality won, and I left the office on Park Avenue.

I´ve raised money. I´ve lost money. I value it for the freedom it offers. And I remember well when I attached my own self-worth to the number of dollars I made each month.

I´ve dedicated over a decade to the hands-on study of consciousness, self-actualization, and a variety of wisdom traditions. It all started in 2000 when I embarked on an amazing 10-day journey with a Native American warrior woman. This experience showed me how limited my science-oriented and intellectual mind had been until that point and marked the beginning of my personal spiritual quest and a huge growth spurt.

Then came the biggest self-discovery journey I would ever undertake: at age 36 I met my future husband, Joshua, at a marketing seminar in New York City. Eight years later I birthed our son. Now I've turned myself into an entrepreneur. Relationship - parenthood - entrepreneurship ... the holy trifecta of personal growth!

What do I do for fun? I like to hang out in remote places of the world like the peak of the highest mountain of South-East Asia (in Borneo); an island as big as a New York 3-bedroom apartment off the Australian Great Barrier reef; a sheep farm in New Zealand where I was enlisted as a sheep sheerer; an 1860 like Rendezvous (a meeting of settlers and trappers) in the high desert of Nevada; an all-male prison in Oklahoma where the inmates tamed wild mustangs; a hidden place in Bali where the infamous cockfights take place; and Ted Turner’s Flying D ranch in Montana, where buffalos roam free. Unfortunately, Ted Turner was not roaming free when I visited. He is still on my list of people to interview.

Since welcoming my son my adventure trips have become a bit more mundane (for now) and include local parks and woods but I never know what monsters, animals, or superheroes can lurch just around the next bend!

I deeply love animals and people.

If you wonder what makes me happy: hand me a photo or video camera and turn me loose in a part of the world I’ve not been to before. For where to send cameras and tickets, please email me and I’ll hook you up!

With a big smile,

Get instant access to "Why Your Age is NOT Your Biggest Hurdle to Motherhood!"

Thanks for signing up!

We will notify you as soon as the first books are ready to be released.

In the meantime you will also receive videos and articles from me on a monthly/bi-weekly basis. To make this content most relevant and engaging for you, please feel free and email me directly at Bettina (at) BettinaGordon. com with topics that are especially important to you on your way to and through mature motherhood!