Are you thinking yourself infertile? Is this even possible? 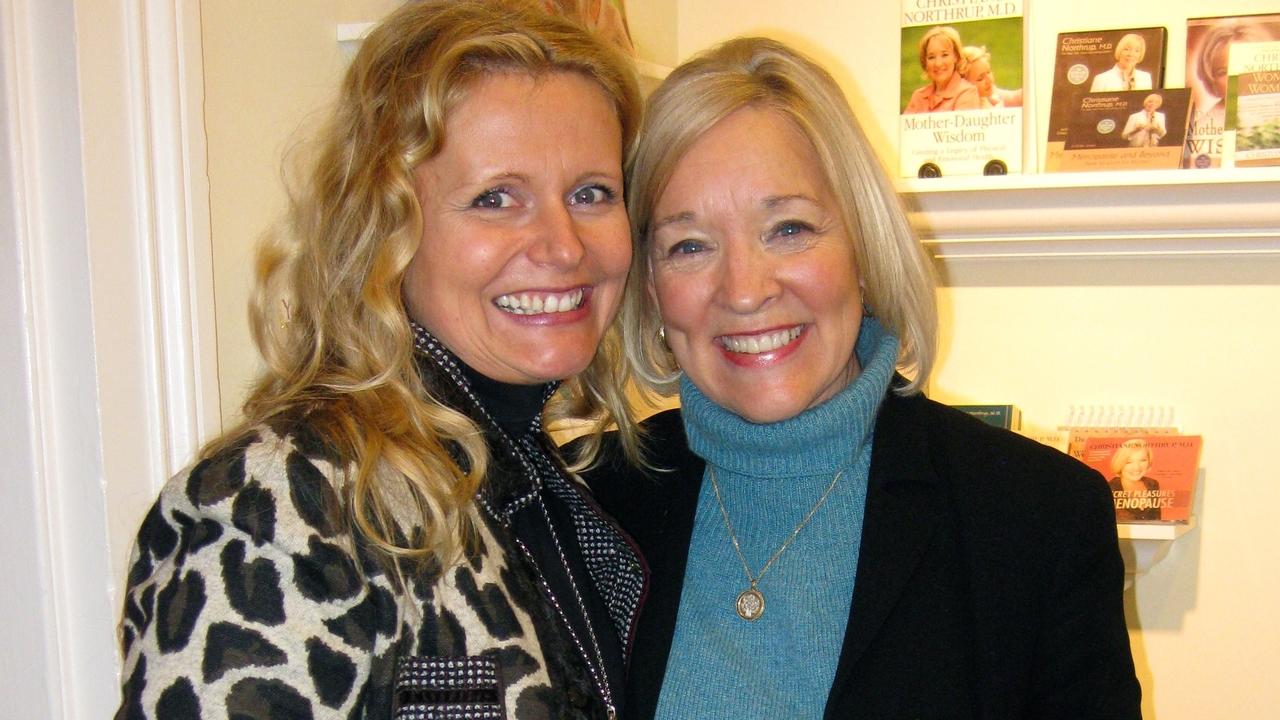 Your Mind Is Stronger Than Your Genes

A couple of years ago, in the dead of winter, I flew to Portland, Maine, and drove in my rental car to the small village of Yarmouth to interview a woman I’ve deeply respected ever since I read her bestseller, Women’s Bodies, Women’s Wisdom, a book that, frankly, should be in every woman’s library.

Oprah Winfrey and millions of other women around the world breathed a sigh of relief when Dr. Christiane Northrup put unique female physical challenges—things like cysts, fibroids, and menopause—into the context of a woman’s environment, ancestry, thoughts, beliefs, and emotions.

While the majority of the medical establishment was still treating ailments with medication or surgery alone, Dr. Northrup, a board-certified OB/GYN, looked at her patients as complex human beings and recognized the deeper emotional patterns that were expressing themselves physically.

It took guts, perseverance, and tenacity to first publish Women’s Bodies, Women’s Wisdom in 1994 (she told me even her own editor on the book pushed back), but today, Dr. Northrup is undeniably one of the world’s leading voices in “all that can go right with a woman’s body.”

I had come to interview Dr. Northrup for an article on the connection between a woman’s health and her wealth, but as we settled in her office, the conversation naturally turned to relationships and starting a family.

“My husband would like to have children,” I told her, “and for the first time in my life, I actually feel that I may be ready for a child. I am a late bloomer, I guess, as I am in my 40s now.”

She nodded and told me about one of her best friends, whose mother had her at age 42 back in the fifties and who married the man of her dreams at 40. Dr. Northrup removed this woman’s intrauterine device in a beautiful ritual, and together they called in a baby soul. Within three months, her friend was pregnant at 41.

Dr. Northrup laughed. “Therefore, that is what your biology learned from your mother. You will get pregnant immediately. You will have no problems, and you will deliver like you are 21. That is the way it works, as this is your programming.”

Curiously, this is exactly what happened when I was 44 years old.

“When I was a resident at St. Margaret’s hospital for women in Boston, I was doing obstetrics,” she continued. “The only way to get the Catholic Irish women to stop having babies was to perform a hysterectomy. We needed to do major surgery to stop them. Because, think about it—everybody around them was having children, and some of the women I saw at the hospitals were 45, 46, 47 when they had their babies. Why?”

I leaned forward, shrugging my shoulders.

“Because nobody told them they could not have babies in their 40s or that their eggs were old and not viable anymore. Nobody put a ticking time bomb inside their brain, which then affects their biology. So, their bodies went ahead and created more Catholic babies. I saw it all the time.”

“So, for you, becoming a mother is not a question of age?” I asked.

“The fertility industry is so lucrative, we’ve made every woman over the age of 35 feel old, high-risk, and sub-fertile, believing it’s ‘never gonna happen.’ When, in fact, some of the studies done on fertility were done on French Huguenots in the 1600s. The data on women’s chances to conceive over 35 is wrong.”

I fell silent for a moment, trying to process what she just said.

Dr. Northrup continued. “Society puts too much pressure on women to have children before a certain age. What is happening now is that women who are in their mid-30s and older have so many stress hormones from just hearing that they are too old, that their epinephrine and cortisol levels are already high, which interferes with the hypothalamic-pituitary-adrenal axis.

Many women have already talked themselves out of it before they even try to conceive. And because their uterus and their brains are so profoundly connected, women are making themselves infertile but don’t even know it. The more left-hemisphere dominant you get, the more MBAs and PhDs you have, the higher up the food chain you are, the worse it gets.”

(This was an excerpt from The Joy of Later Motherhood, which I highly recommend you read if you haven't already) 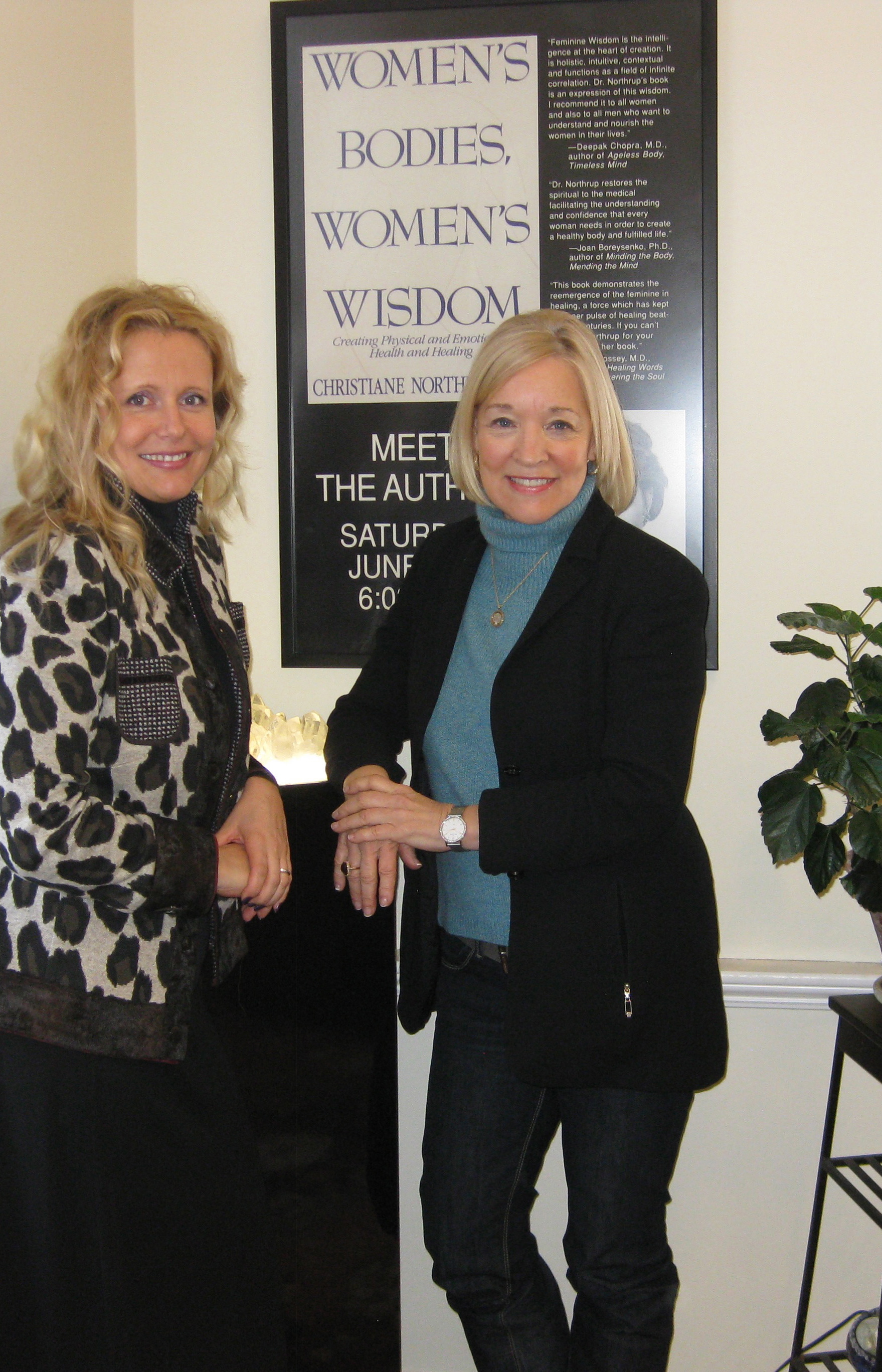 Your Thoughts and Beliefs Have a Real Impact on Your Body

Looking back, I think it was fate that I brought this topic up long before I conceived my child, let alone my book The Joy of Later Motherhood.

“Women are making themselves infertile but don’t even know it” was the sentence that I never forgot from my conversation with Dr. Northrup, as it hit so close to home for me.

The extraordinarily strong mind-body connection has been scientifically well established for quite some time now, yet this intrinsic bond between my thoughts and my self-talk and my physical well-being was never as vivid to me than when I experienced my own fertility challenges when trying to conceive between the age of 40 and 41.

I actually had previously done exactly what Dr. Northrup had said: inhibited my fertility without being aware of it.

When Joshua and I ditched the contraceptives for one whole year, I was riddled with ambivalence about having a child. My heart had already said yes, but my mind, my ever-so-smart and crazy, non-stop, chattering mind, came up with a slew of reasons as to why this was not a good idea.

Today, I know that I was ruled by fear. I had overanalyzed my situation and listened only to my intellect and nothing else. I was focusing on the limitations a child would bring into my life and how my life would change for the worse.

This stressed me out in precisely the way Dr. Northrup mentioned, pumping stress hormones into my system that inhibited my female wonderland, everything from my fallopian tubes to my uterus, from working as it was designed to.

My mind had spoken, and my body had shelved my fertility accordingly.

Now, my incessant fears and negative self-talk were unique to me and my personal struggles, but there are plenty of other dreads and worries that many of us mature women have and often focus on:

Decide for yourself if negative thoughts and beliefs, left unresolved, could have an impact on a woman’s body.

When I conducted dozens and dozens of interviews for my book, I realized that most of the women I spoke to had some thought patterns and deep-seated beliefs to overcome before pregnancy, whether they were conscious of them at first or not.

Mind you, I am NOT saying that if you have fertility challenges that YOU caused them. However, I am saying that you want to make sure that you don't unwillingly contribute to them with your mindset.

I encourage you wholeheartedly to become very vigilant about your beliefs around your own fertility and to change them if they don’t support you.

I am not saying that you should just “snap out of it” and from now on believe that you are super-duper fertile. That would be silly of me to suggest, and it would not work for you. What I am saying, though, is this:

Since it was the mind that tripped me up on my way to motherhood, I turned my "weakness" around and made it my superpower to help other women on their personal path. In fact, it was the very same week that I was awarded my certification as a mental strength trainer (by the Mental Academy Europe) that I found out I was pregnant with my boy Hunter!

If you need support with your mindset please reach out to and book your 20-minute exploratory session with me (scroll down to the bottom):  https://www.bettinagordon.com/services

BONUS: Until February 14th, 2019, you can book your sessions for the listed price. Afterward, the price will go up to reflect 2019 pricing again.

In this community we value out-of-the-box thinkers and learn from the female mavericks who designed their lives intentionally -- either by choice, or necessity. Success leaves clues and radically shifts perspectives, as you'll see in our free video series: 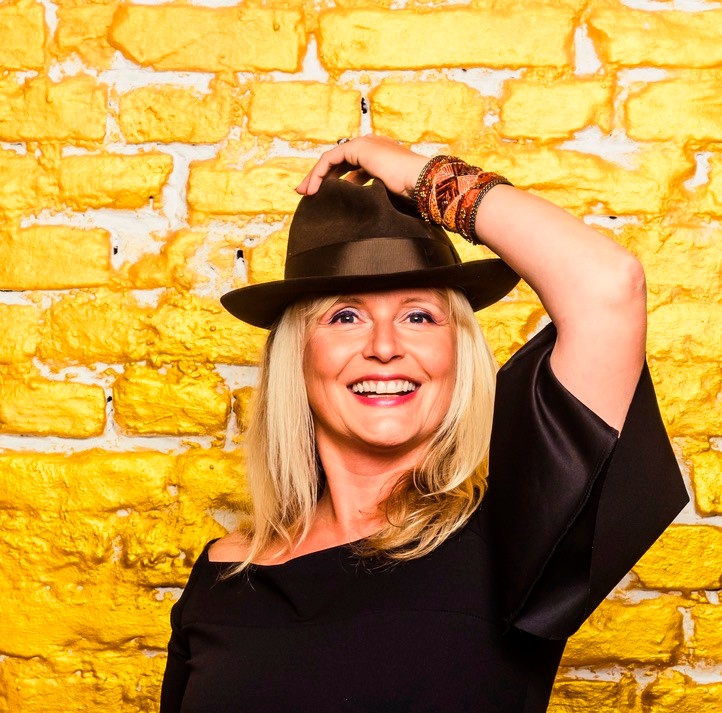 Get the free video series and join our group of female mavericks 40+.